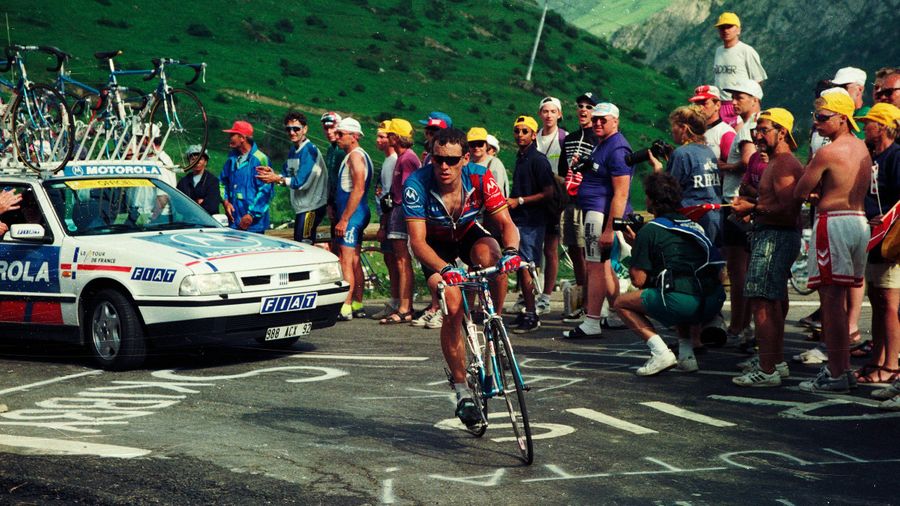 Riders to watch, team travails and course-design gimmicks—this year's Tour de France is shaping up to be an interesting one. My half-dozen predictions for how it'll all go down.

The team time trial will play a very influential role.

After a three-year absence, a team time trial (35K) is being reintroduced, and it’s happening early in the race (Stage 3). The most important thing for people to remember is that the team time counts for individual time. We would usually win the team TT or be very close, and I would take major time out of important rivals, guys that were on stacked teams with climbers but just didn’t have the horsepower to keep up in the team trial. They’d lose two or three minutes. That carries some psychological implications, especially given the early-stage timing. Imagine you’re a Tour favorite but on a team that’s loaded with mountain goats, so after only the third stage you’re three minutes down. That's a major buzz kill.

The cobblestones of Stage 9 will prove pivotal, especially if there’s wet weather.

Stage 9 (from Arras to Roubaix) will include more than 20K of cobbled roads. Whether there's wet or dry conditions, it’s going to be a decisive day. The race to the first cobblestone section (there are 15 sections of cobbled roads, which also are treacherously narrow) is essentially going to be another team time trial. You want to be one of the first 10 guys to be safe. If you’re a favorite, you will have your team keeping you in the front and protecting you. Vincenzo Nibali is a guy who’s been in the front group in Flanders and can ride cobblestones. He’s the best bike handler among the favorites, so he will look at that day as an opportunity to distance himself from some of his closest rivals. Alejandro Valverde is another very good, technically strong bike handler and one to watch on Stage 9.

Forget the grid-start gimmick of Stage 17—its shortness and intensity will be much bigger factors.

For the start of this 65K mountain stage, riders will line up in a grid formation based on their GC position, with the top 20 riders at the front. The technical director of ASO, the organizer of the Tour, explained the reasoning behind this different start line set-up: “We believe that with such a short stage the tension can be cut with a knife and that this start formula will accentuate this situation.” I’m not buying it. Within 1 kilometer of the start, everyone is going to be together, and the yellow jersey is going to be surrounded by his team. The grid start is simply a gimmick that ought not be repeated. What is going to play a decisive role in this stage is the short distance (it’s the shortest normal TdF stage in the last 30 years). It’s going to make for an intense, exciting stage, especially because it ends with a 16K climb up Col de Portet, which is being called “the new Tourmalet” due to its average 8% grade. To me, that’s what’s worth talking about, and the type of testing or exploration that ASO, the sport, should be doing more of.

Chris Froome is in for a bumpy ride.

Froome may be out of the woods legally speaking, but with the move by ASO to try to block him from racing, then leaking it to Le Monde and L’equipe, and it just being so widely covered in France, he is going to have a hard time riding around France for a few weeks with an angry public. I probably know this better than anybody. It’s going to be significantly worse for him now—they are going to make his life hell. Whether that’s verbally, whether that’s spit or urine being thrown at him, who knows what. It is not gonna be a fun lap around the country for him.

BMC Racing will just be trying to avoid meltdown mode.

In the months since the passing of BMC Racing’s owner and backer, Andy Rhis, in April, the team’s future has been uncertain. While the team’s general manager, Jim Ochowicz, said just a few days ago that the team plans to maintain its UCI WorldTour license for 2019 and a roster of about 25 riders, a sponsor is yet to step up, and the eight BMC riders starting the Tour de France are in the position of having to look for new jobs. That sucks, and it’s an unfortunate position to be in. BMC is a team of tough, experienced riders, and I think they’ll have a strong showing in the time trial. And while there are guys that, no matter what, are team guys through and through and loyal, it’s a rare find. Considering the team’s shaky footing, will an “every man for himself” mentality prevail? It will be interesting to see how the team’s uncertain future, with big-name riders already committed to other teams, affects the team dynamics and performance.

Mikel Landa will thrive outside Team Sky and be one to watch.

At last year’s Tour de France, Landa’s role on Team Sky was mountain domestique for Chris Froome, but it certainly looked like he was riding for himself when he dropped Froome up a steep climb during Stage 12 (he ultimately finished the Tour in fourth). This year, Landa will ride for Movistar, which is stacked with the Spaniard, Nairo Quintana and Valverde. My sense is he’ll thrive on his new team. He’s a good rider, and I don’t think that Sky has some magic recipe (as Richie Porte has shown). What they do have is the ability to get the best talent because of their big budgets. Landa seemed so ambitious last summer—the way he rode, the way he talked—and I still hear it in recent interviews. I’m curious how that will play out. I do think he’s legit, but he’s going from one sticky situation to another, because now Movistar has three potential leaders. That’s not always good. It can create some internal drama and rivalries, and there’s just tension that other riders and the staff can sense. I say that coming from experience—it was a toxic environment in 2009 with me and Alberto Contador.

Hear more thoughts around this year’s Tour de France by tuning into THEMOVE podcast every day, from July 7-29.