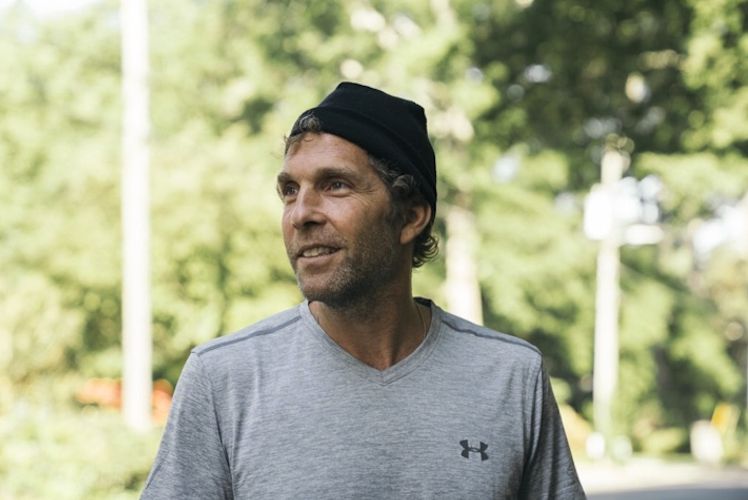 Embrace the Struggle, Change Your Life

The serial entrepreneur, former rapper and creator of new endurance retreat 29029 describes the moment—at Mile 96 of a 100-miler—when his entire perspective on life, human potential and hardship changed.

Being chased by a neighbor in my pre-teens was my first experience with running. Although it was exhilarating, it only took getting caught once to end my career of chucking Oreo cookies at moving cars. My second attempt was in college, when a friend asked me to join him for a jog—he was training for a marathon—and his “jog” meant sprint. I quickly realized two things that day: I hated running, and I wasn’t very good at it.

But after graduating college, I decided to give another go. And in a lot of ways, my endurance and entrepreneurial careers began at the same starting line. I moved to Burbank, California, and signed a record deal with Delicious Vinyl. At the time, 1990, there weren’t too many white rappers in the hip-hop game. I wanted to get super fit for my record release, so I gave myself a goal, which was to run two consecutive miles at 9-minute-mile pace. If I could do that, then I’d consider myself a runner.

Two weeks later, somewhere on the streets of the Valley, I hit my mark, a modest two miles in 18 minutes. I was hooked. And once a runner gets hooked, they want to go as fast and far as their body can take them. Two miles became five, five became seven, and shortly thereafter, I was entering road races. On the music side, my record release turned into music videos, and music videos led to touring and touring landed me on stage to perform live on MTV.

I was able to parlay my music career into starting a company where I wrote and performed anthems for professional sports teams and corporate media campaigns. I also stepped up my running game to marathons. I ran every day, sold my company and started a new company called Marquis Jet, one of the largest private jet card companies in the world. And I kept on running. No matter what was happening professionally, I always made time for a run.

By my mid-thirties, I had already run a bunch of marathons, and I wanted more. So, in 2005, I entered a 24-hour relay race in San Diego with a few of my friends. Whichever team ran the most miles in 24 hours would win the race. The race also had a division for solo runners, and it was incredible to see people running the entire 100 miles. For starters, they weren’t the muscular Adonis body types you’d assume could last that kind of distance. In fact, most were somewhat un-athletic and lacked muscle. Some were even overweight. As I stood there watching, it made me rethink my limitations. If those folks can run 100 miles non-stop, then why can't I?

I sat with that question for about a year.

In 2006, I signed up to run 100 miles in under 24 hours. I trained rigorously for 90 days, running twice a day. And when I wasn’t working or working out, I researched runners who’d run similar races. I called doctors and experts on diet and hydration, trying to put myself in the best possible position to achieve my goal. Some days it didn’t seem like 90 days would be enough time, but I kept pushing forward. I watched inspirational videos, read motivational blogs and consulted with a trainer to help build my confidence. I was looking for any additional edge I could find. And then race day was upon me.

The 100-mile race, The Grapevine, took place outside of Fort Worth, Texas. The course was a 2.4-mile dirt loop that ran through an old campsite. It looked like the set of a slasher flick. Friends and family flew down to support me; they set up tents, lawn chairs, and even a Ping-Pong table. It was my personal cheering section.

The night before the race I watched the movie Prefontaine, which is basically Rocky for runners. “Pre” as they called him, inspired a generation of runners. He had dirty blond hair, a Fu Manchu mustache, and a considerably shorter stride than his competitors. But he made up for his physical shortcoming with heart and grit. When the closing credits started to roll, it felt like my preparation was complete.

By the time I toed the starting line I knew I was ready, and yet, the outcome was still unknown—it was exhilarating and scary. I bundled up tightly with the other couple hundred runners. Everyone was focused, stretching their necks and shaking their legs out. I stared straight ahead—locked in on my goal.

The cap gun went off and sounded like my son’s Nerf gun. You’d think for such a big event they’d get something with a little more BANG. I mean, we were in Texas. We were off. I took my first stride toward the 100-mile challenge. I’d fully prepared, properly trained and educated myself on endurance running. I checked every single box necessary to conquer my goal, but as you can guess, that ALL went out the window at Mile 96.

I started losing it.

My sight was blurry, toenails floated around in my socks, and I wasn’t exactly sure where I was. I felt like I might collapse. Actually, I was sure of it. I was convinced this was going to end in defeat. At the time, I was running next to a world-class runner, Pam Reid, who I had bonded with about 30 miles back. I told her I wanted to quit. I needed to quit. I had to quit. The cramps were too severe, the discomfort too much.

“The pain will last a week,” she said. “But you’ll have the memory forever.”

Somehow, someway I kept moving, one foot in front of the other. 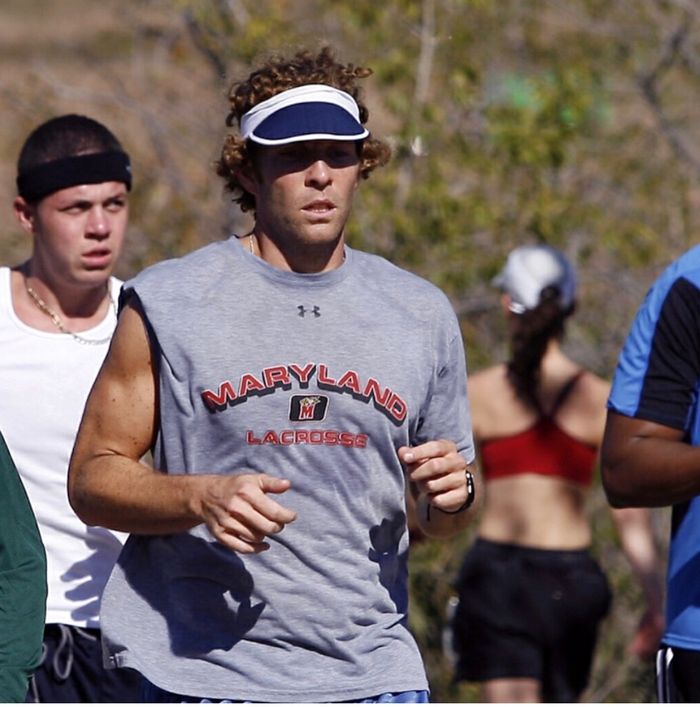 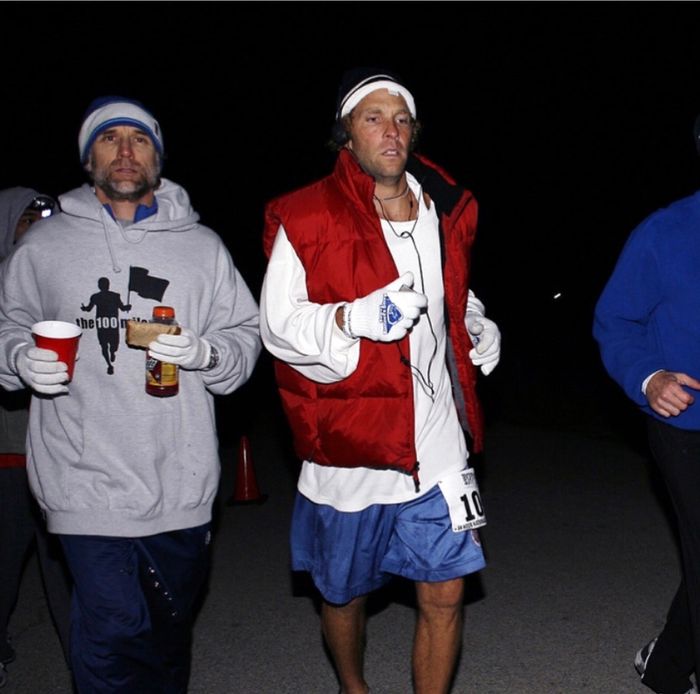 Dawn began to lighten, and something occurred to me as I slowly took my next stride. It was like enlightenment. In the midst of the pain and fog in my brain, one clear thought emerged: I can embrace this struggle. What I was feeling is so rare in life, and I became overwhelmingly grateful for the experience. It sucked. And I loved it.

So I kept going.

As I turned the corner of my last 500 yards, I could see the finish line. It was blurry, but I knew it was there. Friends and family jumped up and down, waving me on. When I crossed the finish line, I fell into my dad’s arms. Everyone was crying, cheering and smiling. I had done it.

On that day, a shift occurred inside of me. My entire perspective on life, effort and struggle changed. Limitless possibilities danced in my head. I’d brought my body, mind, and spirit to a place I never thought was possible. Now everything seemed possible.

A lot of what I’m doing today traces back to Mile 96. Years after the race I asked a Navy Seal, David Goggins, to move into my house and live with me for 31 days. I wanted to get a taste of the training “hell” Seals endure. I was in search of pushing myself mentally and physically. The result, one of the most gratifying experiences of my life, led to writing a book called “Living with a Seal” and being hired to speak around the country.

As I shared my story with more and more people, it created a new lane for me. I found myself interacting with folks who had a desire to be pushed to their limits and improve the quality of their lives. Some people just wanted to get off the couch. I became inspired to motivate others, and I started coaching individuals and groups on how to achieve goals through the lens of my own experiences.

In 2017, I hosted an intimate wellness retreat at my house called, “Live Life for a Living.” I brought in speakers, specialists, and professionals who ranged from a parenting expert to an MMA world champion fighter. About 50 participants from all over the country attended, and by the end of the weekend, most had forged personal relationships they’ll have for the rest of their lives.

After that, I started planning an endurance event. I’d done countless marathons, 10K races, and Ironman triathlons over the years and they all seemed the same. I wanted to do something different. So, I rented Stratton Mountain, a ski resort in Vermont, for the weekend and hosted “29029,” a retreat combined with an endurance event. To complete the challenge, you had to hike up the mountain 17 times (equal to the elevation gain on Mt. Everest).

I kept the event to two hundred people to keep it friendly. We ate meals together, listened to speakers together and tackled the mountain together. It was amazing to see the group unite and challenge themselves, as they’d never been challenged before.

These kinds of challenges have enhanced all areas of my life—in business, parenting, relationships and physical fitness. When I challenge myself so intensely, I can bring that perseverance and struggle into any future endeavor. I believe through extreme physical experiences we can evolve into our best self. When I’m climbing the mountain for the 16th time, it brings me to a different place. And by organizing these events, I realized I could bring others along to that very same place.

That’s how Be Boundless and our Seven Summit Series was born. The idea was to create a community of like-minded people, connect them through endurance challenges while providing a self-discovery experience. The formula is: the unknown of being able to complete the challenge + a connection to the outdoors and nature + unrivaled camaraderie = a worthy addition to your life resume.

And the memories will last a lifetime. See you at the summit.

Join Jesse at his next event, “29029,” a wellness retreat and endurance challenge at Snowbasin Resort in Utah (August 23-26).

Jesse Itzler is a husband, father of four and motivational speaker. He’s the author of the New York Times bestseller “Living with A Seal” and “Living with the Monks.” He only eats fruit until noon, loves Run D.M.C. and enjoys living life “out of the box.” He co-founded Marquis Jet, the world’s largest prepaid private jet card company in 2001, which he and his partner sold to Berkshire Hathaway/NetJets. Then he partnered with Zico coconut water, which they sold to The Coca-Cola Company in 2013. He’s a former rapper on MTV, and wrote, produced and sang both the NBA’s Emmy Award-winning “I Love This Game” and the popular New York Knicks anthem “Go NY Go.” Jesse can be found at the NBA’s Atlanta Hawks games, as he’s an owner of the team. He’s married to Spanx founder Sara Blakely.